That most generous and noble motive which prompts all lovers of truth and justice to array themselves upon the side of the weak and the oppressed, is most beautifully portrayed in your laudable efforts in the behalf of that most infortunate martyr, Capt Alfred Dreyfus, and from this beautiful country of ours, “the land of the free, and the bower of the brave” where charity and justice go hand in halnd a reponse goes forth to you from the hearts of very true American, of admiration sympathy and encouragement in your labor of love so nobly begun and with the hope that long way it cotinue, or until justice be done. Capt Dreyfus is most infortunate it seems, because in the eyes of his countrymen, he is guilty of that unpardonable sin, being born a Jew, and a martyr too, he is because he [mot illisible][1]suffers an untold punishment, for a crime of which he is innocent, while the real culprit walks aroad in the full enjoyment of the honor, respect, and confidence of his country and countrymen. Can this be justice ?

With the highest esteem, Dear Sir, of yourself and your noble work, I am, 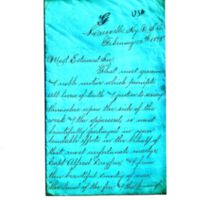 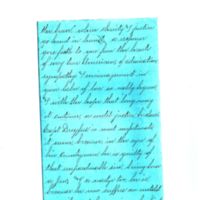 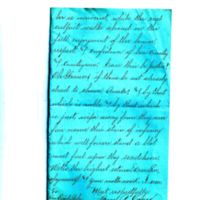