Son of Israël : Abraham'suffering and now triumphant acion, all hail ! Humanitarians throughrout the world rejoice with you and yours. It was not enough that men should sympathize with a Jewish brother exiled to a desert isle, for outraged humanity demanded more than sympathy : it called for juctice, and for that alone : Holy Jew ! Sacrificed on the altar of polictical iniquity and religious fanaticism, accept your triumph as humanity's victory over itself. Mighty indeed in your own vindication, but still mightier is the vindication of all mankind. No longer will men distrust the grandeur of their own nature, since in you they behold the final exaltation of Right over Wrong. The race has conquered itself in helping you to conquer.
Wondrous truth ! That a Jew should have been, these five long years, the object of a world's comiseration ! The heart of the Israelite may indeed rejoice over the return of a dishonored brother, but the yet greater heart of humanity beats with more than proportinate exultation at the final realization of the brotherhood of man !
This is the cheering lesson of your degradation : this the holy gospel of your glorious triumph. 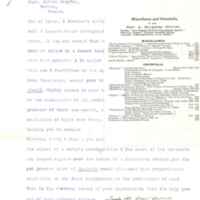 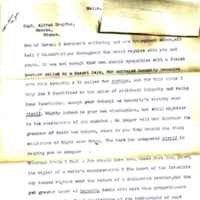