A few days ago I sent to your address (Paris) a newspaper contraining an article which I wrote under my signature but which the editor appropriates and used as an editorial. From the day Captain Dreyfus was sentenced to the present. I never tailed to believe and have constant by believed in his innocence, and that he was the victim of an ombrageous anti-semite plot. The day of his regeneration has come at last. As a rule the Jew is lotal to the governement of the country in which he holds citizensships. Treason is abhorrent to his nature. The noble stand you took in behalf of Dreyfus will render your name immortal in aged to come when all actors in the same of this drama will have passed away. Excuse the liberty I have taken in adrefsing (sic) you and accept it as a feeble tribute from one of the many millions who will venerate the name of Emile Zola. Believe me. 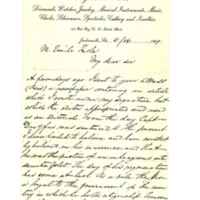 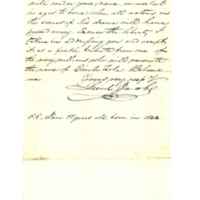